Fantastic Opportunities During An Economic Recession That Businesses Should Capitalize On

Recessions impact all kinds of businesses,  large and small, due to increased legislation rules, emergency laws, slower demand, and general fear and uncertainty.

Here are some of the changes that we already started to obeserve and some of the opportunities you should be aware of:

During an economic boom many companies have excess budgets which they put into marketing, and don’t really measure the return properly. This is typical of larger corporations, but can be true of smaller companies too.

When an economic decline hits then the fear of losing money and being wasteful kicks in, and advertising that is not well tracked or considered risky is turned off. This is literally billions in advertising spending that begins to disappear.

This creates a major drop in advertising costs making it possible to reach an even bigger audience for less, or even run advertising campaigns that were previously too expensive for you.

We tracked our numbers carefully and we saw very early in the crisis our ad costs dropping so we increased spending as our return on investment was better. This resulted in more business and profits.

There’s a knock-on effect too where ad platforms relax their rules because they now need the extra money, and where they may have previously given you a hard time about what they will and will not accept, they become more lenient and helpful to keep your business.

If you have a growing business you will start to find it easier to hire people since so many people have lost their jobs. With more people on the job market you will have more choice.

While this won’t be true for all industries since some jobs will be in higher demand, it will be true for many roles, and it’s a good time to look for great talent to bring on board.

With more people struggling crime increases. And that happens online just as much in the offline world. So there will be more spam and scammers.

As a savvy business owner you probably are not too worried about this, but bear in mind this leads people to become more skeptical when making purchases online.

While this tends to happen towards the end of an economic decline or later on in the trend you can expect rules and legislation your business has to face to increase in some areas.

This is often to help protect consumers from scams, to try to fix the excesses of the previous bubble, and to protect employees and people under financial hardship. Ultimately it can mean more red tape for your business.

There will be various forms of financial aid for businesses and people. What this might look like in your state or country could be different.

It can mean more money that your potential customers can spend, programs which can assist your team or employees, or financial help to see you through the crisis if you need it. Given the depth of the crisis this will likely be done on a scale much bigger than we’ve seen before to keep the economy going.

I am not advocating cutting the salary of your team unless you have to, but it’s worth being aware that if the crash is delationary (which it looks to be) then average wages will go down. This tends to happen because there are more people looking for jobs so employers can get away with paying less. It’s a side effect of the monetary system.

If we are in deflation then simply keeping the same wage will actually mean you are having a wage increase because that same amount of money can buy more. The reverse is true during inflation. If your wage doesn’t go up more than inflation you are in reality having a pay cut, even if your actual amount increased. That sounds complicated, but the money system is quite complicated.

My belief is to run a great business, build a team of great people, pay them well and ensure they are happy. But the state of the economy also means you should be cautious giving pay rises and also be aware that average salaries for many jobs will be decreasing. It may be better to defer a pay rise to see what happens, rather than take it away later, since you can always back date any pay rise.

Communicate With Your Team

As a business owner you might be more rational and calmer than your employees or you may also have more savings and security. Or you could be stressed out and knee-deep in problems. Either way it’s easy to lose touch with how your team feels.

They are likely worried for their future and concerned about how they might be affected, so let them know what is going on and be honest. Give them clear timelines and let them know what might happen and what you don’t expect to happen. If you can give them security do it.

Before the outbreak and lockdowns took hold in the U.S I took the step of letting our team know how we might be affected and said we’d cover time off they might need due to the crisis for at least 2 weeks. You can see the message I sent to the team below. Depending how things go we might extend other help and offers as needed.

I did this because we can afford to and it’s the people that make up and run your business, so they need to be cared for. Without them you don’t have a business.

Curious to learn more? Keep reading further and find out How to Survive & Prosper Through The Coming Economic Disaster. 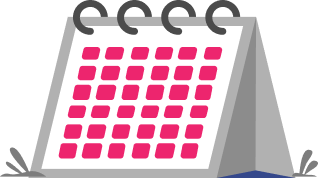